The series is called less than a minute shorts.
It’s a comedy series that we have a characters sketched for, a script written for our pilot, and voice actors. We just need an animator to work with and make this thing a reality. I’m the designer on this project and am currently working on logo’s for the show and the first pilot title scenes.

attached are the very first sketches of the evolution of the butthole fish and some basic characters. 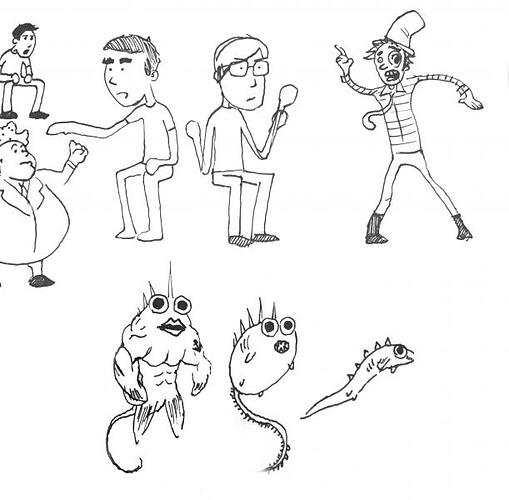