Working in 3D characters are being cut

I’m working in a 3D scene using 2D elements and on the render view the characters are being cut from the waste down but in perspective view the remain as normal.

I’ve tried multiple solution in moving the characters layers, adding patches etc but nothing seems to solve this, has anyone else experienced this before? 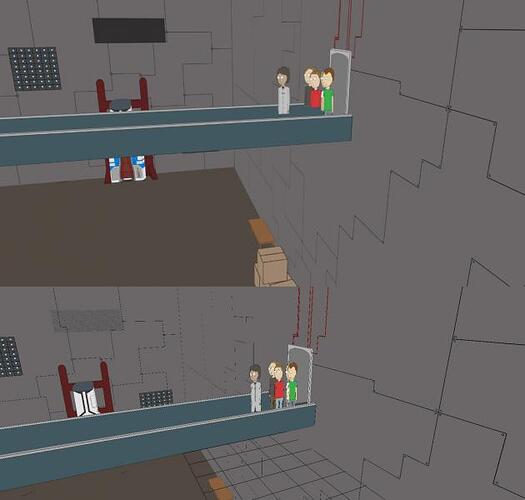 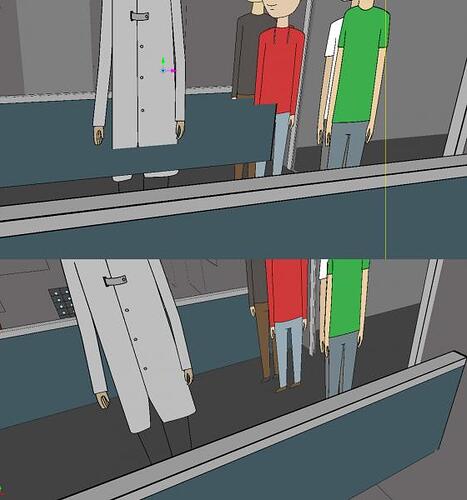 What does the scene look like when actually rendered to a file? (…assuming by “render view” you mean the option generated by the graphics card).

Just looking at the result it looks like the lower pieces of the characters are set to be ignored. It does not look like the back banister is interacting with them because there is not a consistent line cutting the characters off at the same point. Check and compare properties between the upper and lower pieces of a character. On the other hand the lab coat of the character furthest to the left is cut midway at the legs. Is that area one piece or is it more to allow for movement or something? IOW, is there anything in the character that coincides with the cutoff point of that character?

Can you zoom in and do a series of shots in render and perspective views as well as look at a rendered file?

Thanks for the replies, I’ve done two closer renders that should make it clearer, the top in off the render view and the bottom is of the perspective view, the bottom of the characters are rendered and the different cut off is due to the position of the characters in the Z depth they cut off all the same when placed in the same location.

As you can see the clipping of the characters is unaffected when below the the back bannister, if it’s not the bannister doing this I am completely lost.

You say you are working in a 3D scene, so the walkway that your characters are on, that is a 3D model that you imported from Maya? If that is the case, it may be possible that the normal for that polygon is inverted maybe? I don’t use Maya, but in most 3D apps there are tools for adjusting the normals. Maybe Harmony is having trouble with an inverted normal and causing it to display like that?

I created all the assets in ToonBoom itself, nothing is technically 3D just the space it’s in, sorry for not being clear. Although using a 3D model and importing it maybe the best solution I have and I’ll keep in mind about the inverted polygons.