What should I be learning? (360 degree rotating RPG Game Character)

I’ll start by saying this might be a lengthy post, sorry in advance. The purpose of the post is to gain some direction, as I have been learning a bunch of things, but I am unsure if it is progressing me towards my goals and I feel genuinely stuck. I have done a couple of online courses and watched way too many Youtube videos. Self teaching is tough.

So I’m trying to make a series of RPG characters. I grew up on turn based JRPG’s and so that’s my inspiration. The PS1 and PS2 era, or look, is what I am targetting, except with a hand drawn aesthetic.

In these games, characters would often be seen from many perspectives as they explored the environments 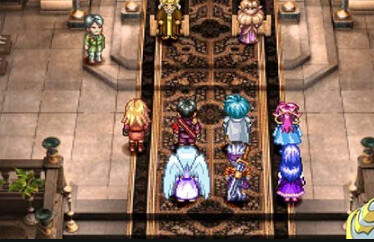 Or from several other kinds of angles 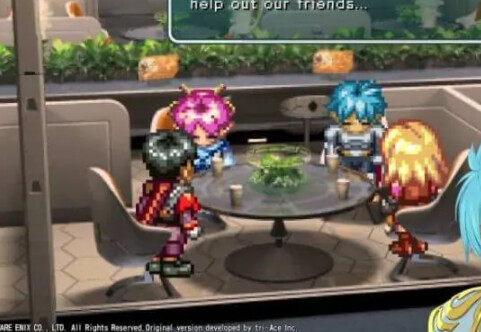 So in the very least, I know I need a rotating character rig, but some topics I have been getting tripped up on are:
The use of deformers, constraints and “Game bones” in conjunction with each other. At the moment, I just don’t know what to use to achieve my goal or a rotating character that can be animated in each of these angles.
I have learned about Deformers and constraints, but knowing what they do, and knowing how to apply them are very very different, and I hadn’t even considered Game bones until a video I saw today, which is what led to this post.
To put things into perspective, this is my current character, with his node view

But I guess I am having trouble putting everything together in practical terms and lack further direction.
I realised I was stuck when I tried to set up some Two Point Constraints on my Arms, and it wasn’t at all working like I expected. Then I watched a video where the person said you shouldn’t use Two Point Constraints on Limbs… and I just became Genuinely confused as my course does that…and the person who said not to do it, previously did it in her completed rotating rig.
The course I am doing now is one from Bloop animation and while it does go over the rotation of a character and is a very good course, it doesn’t mention game bones and I am unsure if the methods used in the Tutorial are what I need to know specifically for making Game characters.

If anyone could offer any advice at all, it would be greatly appreciated.