Pffff, I accidentally deleted the post about my problem with adding transparent stars on a blue background in premiere.
But thought it would be nice to let you know how i solved it:

The problem:
First i exported as Quicktime animation millions + colours.
Alpha channel worked fine, but i had some stars fading to 100% transparent over time. Looked fine in TB, but in Premiere, the yellow stars went to dark grey before they disappeared into transparency.
I do not want the dark grey! Where does that come from?

Someone suggested it is because of pigments of adding yellow to blue background. But that was not the problem. Still don’t know why quicktime does this, but :

Now it looks how i wanted it to look.
(still we got some mixing of yellow with blue, but thats acceptable. And the dark grey is gone :)) 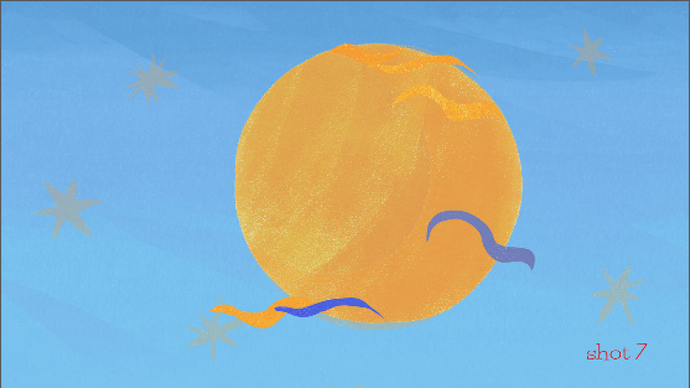 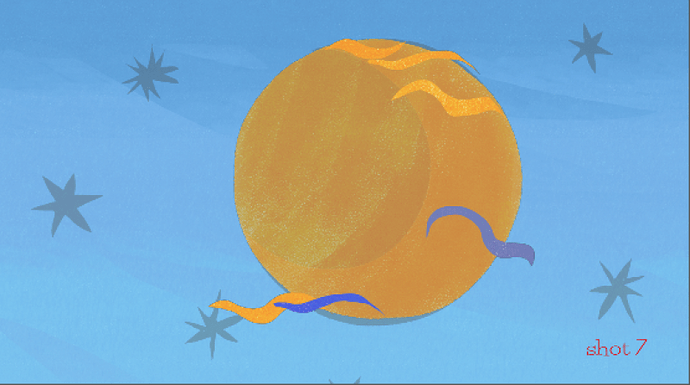 The output from Animate is pre-multiplied with black so you would need to specify it as such in Premiere. Perhaps this is what was causing the problem?

The only difference in appearance between those two is the amount of saturated blue and yellow mixing to form gray or with less blue, this yellowish blue. I suspect that what you are seeing between Premiere and Animate is a difference in the way the file format and/or software handles the Alpha channel. In the deleted thread I suggested that you use a mask. If you are happy with this result that is all that matters. I am just mentioning this because it is the source of the gray you saw initially.