Toon Boom Studio 8.1 - UNable to import layered Illustrator files w layers intact. Despite saving my .AI file with art on separate layers, when I import it into Toon Boom Studio 8.1, all art appears merged onto the same layer/drawing element/whatever TBS calls it.

I saved the file as CS5 (like the rather poorly written User Guide says) and with PDF compatibility (again, like the guide says) but to no avail. See attached.

Not sure what the line-joins-and-caps message is about, because I expanded all the strokes to fills before saving, so there shouldn’t BE any strokes in it to set off such a message. Point is, no layers. Please advise. 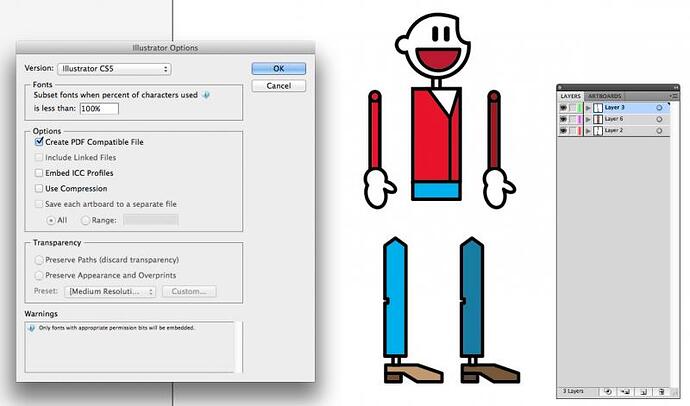 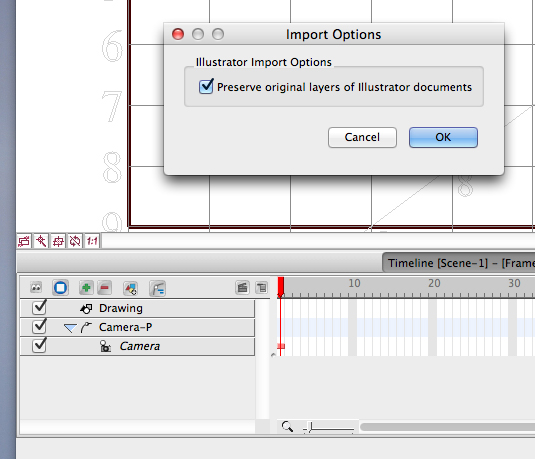 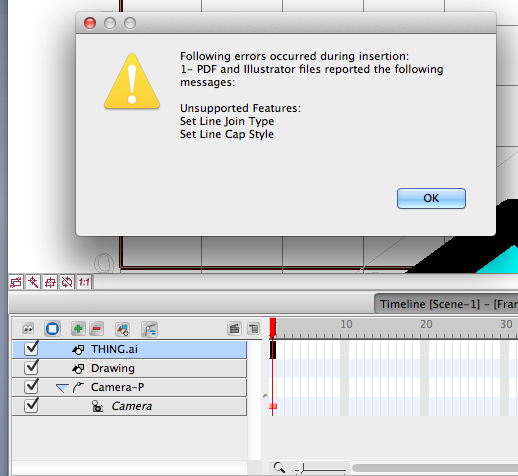 I tried saving as versions 3 and 8. The import into TBS8.1 failed completely, returning the following message: “Following errors occurred during insertion: 1- Illustrator”.

Note to Toon Boom: “20 Years of Passion & Creativity” should try to cram in a little more beta testing. I can’t possibly be the only one having this problem.

Whoops. Reading IS fundamental it seems. My apologies.

Yes, I just tried saving with the CS setting as you suggested and it worked. Thank you for your help, and having purchased the program about a week ago I look forward to pelting the forum with other “how do I do this I read the manual and it ain’t working WTF” queries - and actually fully reading the suggestions next time. Again, thank you for your patience as well.

i am created a 2d vector grafix character image all different parts and save the adobe illustrator cs6 and open the file toon boom studio but this file not open.

i am created a 2d vector grafix character image all different parts and save the adobe illustrator cs6 and open the file toon boom studio but this file not open.
please help how to open this ai file to toon boom studio.