For some reason whenever I draw a curved line the beginning always starts off completely straight! I have no idea what is going on and it’s extremely frustrating because I have to keep redoing lines over and over to get them right. My attachment shows an example of me drawing various lines where I’m attempting to draw circles and other rounded shapes. Photoshop works perfectly fine, so I don’t think the problem is my pen or Surface Pro. Does anyone know what’s going on here? 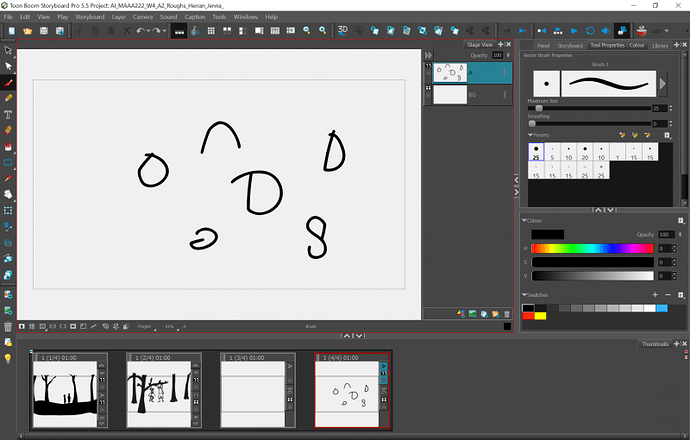 Please contact Toon Boom Support. There is a newer build of Storyboard Pro which has not yet been released that fixes the problem.
The drawing glitch happens with certain pen-tablet interfaces.
On other devices, there is no trouble.
It drove me insane until support sent me a link to the newer build.
It is a serious problem and a real deal-killer for making the program work.

Let us know how things go.