I have screen shots of an effects problem I’m having. I can’t seem to shadow anything nor make it transparent.

I have a walking character and was trying to set a drop shadow effect to walk with the character but that is not happening. The shadow layer is still full colour with a shadow effect around it. It seems none of my effects work as advertised.

To illustrate, look at the screen shots. I have a red square set to 75 transparency. It is not transparent at all. I have a shadow effect on my yellow circle but the entire circle is supposed to be shadow. This circle has a shadow around it.

What’s wrong here? Can anyone advise me?

P.S. I duplicated the circle, added a Quadmap and parented them to a shadow effect. Why is the Quadmapped drop shadow circle still yellow? Where is the shadow? (see EffectsNotWorking3 attachment)

+++++UPDATE++++
Okay I managed to fix the problem.
Here is a snapshot of how I got it to work. look at EffectWorking.png

As you can see both the transparency and the shadow effects work just fine.
What did I do wrong? Have to look at the before and afters to figure it out.

Image or drawing outputs into the effect and the effect in turn must output into the composite. DRAWING>EFFECT>COMPOSITE

If it’s a shadow effect moving in conjunction with a drawing then add a quadmap layer in the following order: QUADMAP>DRAWING DUPLICATE>SHADOW>COMPOSITE. 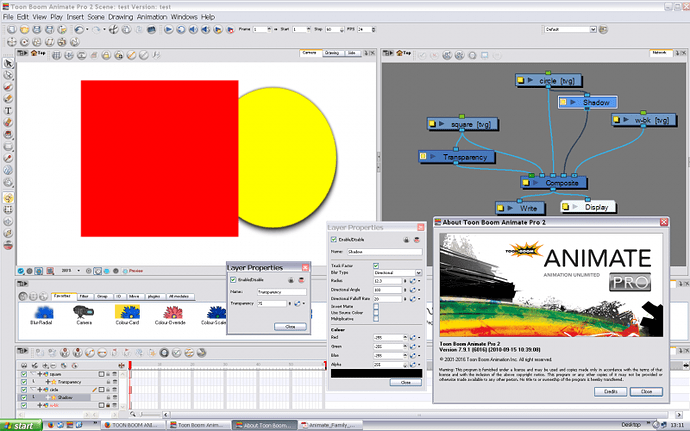 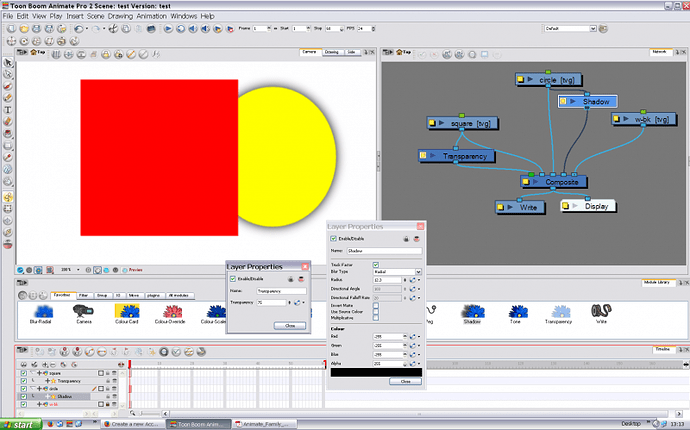 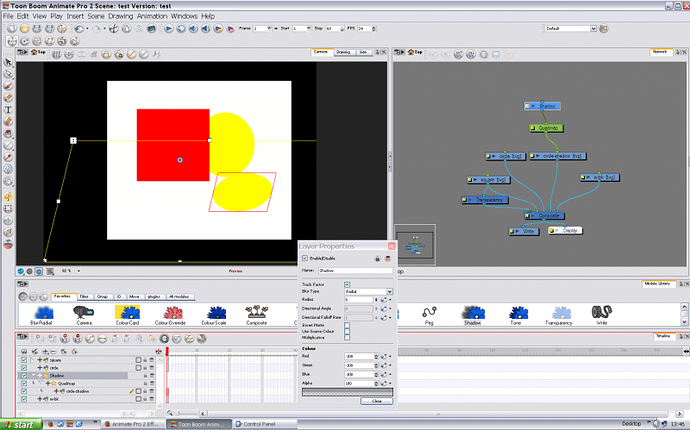 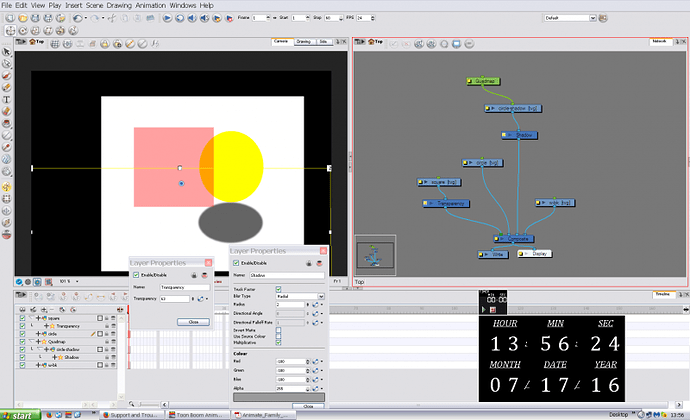 I am glad you solved your issue.

You can also optimize your technique this way to avoid duplicating your animation, especially if you want to make changes to it afterwards.

I hope this helps,