[Resolved for those searching for a solution!] No Audio [Tried everything. Please, please help me, I will PAY you.]

Edit: After doing EVERYTHING listed below, the new update of quicktime from the official site (sometimes ‘new’ is not synonymous with ‘good’) did not work with this version of Toon Boom Harmony 14. I dialed back from Quicktime version 7.79.80.95 (often shorted to version 7.9) to version 7.6: QuickTime 7.6 for Windows

I cannot get any sound when importing audio. This is an exasperating problem as I don’t have a long time frame and I can only take so many days off to push this ‘should have been done 2 days ago’ project out the door. I’m bashing my head on the wall trying to fix this ‘should be so easy’ problem and don’t want to have to buy another program.

Flatwaveform, no audio no matter what. Getting error when I try to render/play. [See screenshot.]

What I’ve tried:
Account is administrator, Toon Boom Harmony 14 is being run as administrator.
The latest quicktime is installed with every option and plug in.
Set scene for 900 frames, well enough that if there was sound, something should show up.
Waveform and sound scrubbing is enabled in the timeline options, just a flat line, nada.
I’ve tried 16 bit wav, 32 bit wav, aiff, mp3, and tracks sent to me from voice actors as well as my own recordings.
The tracks are lowercase regular English characters, no spaces/numbers/punctuation/ect.
Data Execution Prevention (DEP) is set to “Turn on DEP for essential Windows programs and services only.”
Restarted PC.
Reinstalled Toon Boom.
Deleted preferences and cache so Toon Boom recreated the temp folders. [Folders that were deleted are in screencap in list format.]
Deleted the audio from the save folder of the project, tried new projects, ect.
Closed all other programs that could be using sound. (Firefox was left open on the toonboom site.)
Attempted to install ffmpeg to the 64 bin folder. (Did I do it right? Screencap shows the folders that were dragged to the directory.)
All sorts of preference settings. (See screen shots.) 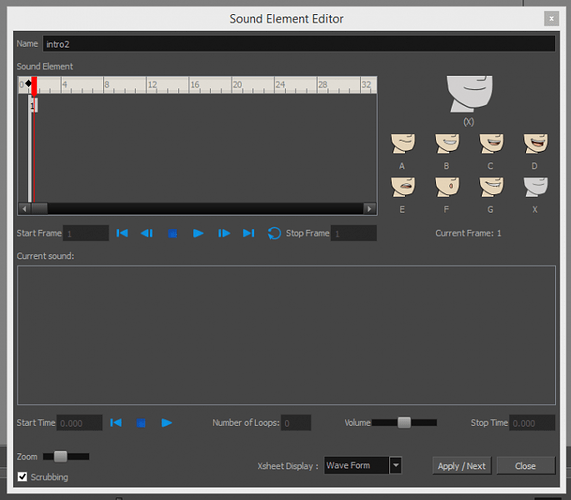 Someone else said to install ffmpeg you just unzip it and drop the file containing the bin and all other items into the Toon Boom 64 bin, so I’m trying that and restarting.

I’ll give it a shot, thanks.