So I imported a puppet that was made in Photoshop. Every part is in a group layer. Some parts like the eyes and mouth have multiple drawings and are in the same folder.

I imported it into Harmony 14 premium, and added pegs for every part and bones per tutorials. Now the Mouth layer has many drawings but I can’t select them. In the Drawing Substitution window in the Library for the Mouth Layer, it doesn’t show the mouth drawing, instead, it shows the whole puppet and it only shows two lines indicating that there are only two drawings. When I try to switch using that slider, the mouth just dssappears, then if I try to slide it back, another copy of the whole puppet shows up rotated.

I tried doing a test by drawing inside of Harmony and the substitutions work fine. They show up as 4 lines in the Drawing Substitution window, and I can switch successfully. Why is it not working with my Photoshop puppet? 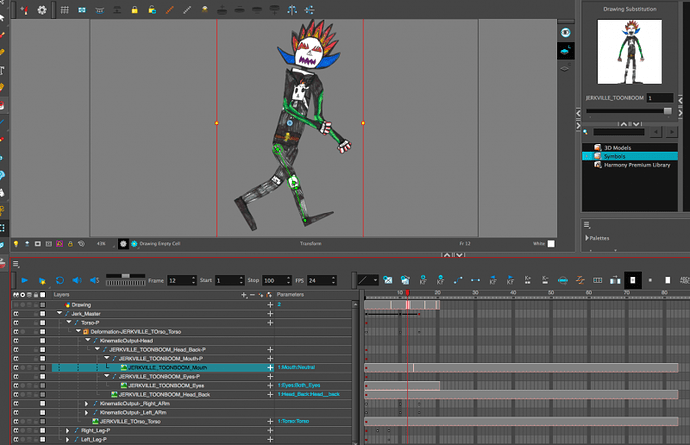 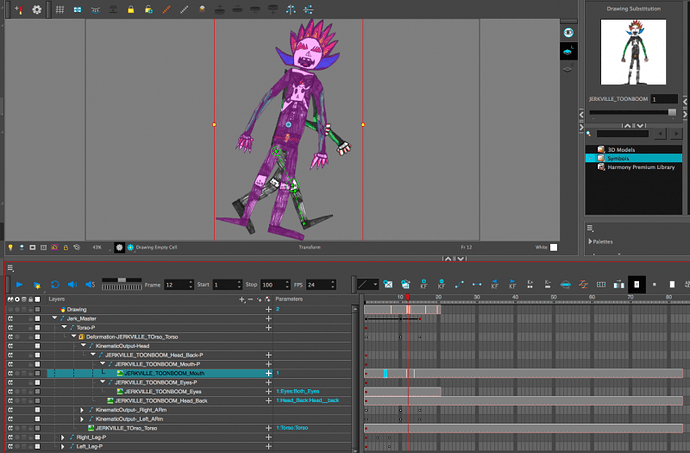 With the layer selected can you confirm on the Drawing view that the drawings were properly imported to their own layer?
How did you organized it in Photoshop?
It should work if you have a Group called ‘mouth’ with layers named 1, 2, 3, 4, etc. That should import a layer with the name of the group and numbered according to PS layers names.