I’m trying to add some notes on the overlay layer but when I click render, the notes that I did on Overlay show up in the render and I don’t know why. Does someone know why? 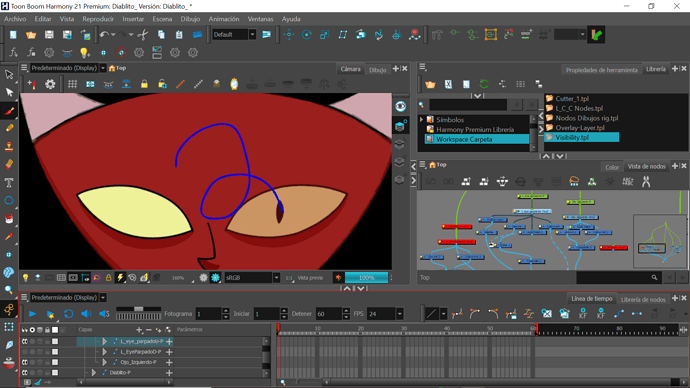 By default, the Overlay layer is an art layer suppoused to be used for art work that will be rendered.
In order to exclude it from the rendered result you can you use the “Visibility” node.
https://docs.toonboom.com/help/harmony-21/premium/reference/node/miscellaneous/visibility-node.html

The visibility node only affects the Drawing layer, you would have to use art layer nodes to isolate them first for it to work.

If you are going to use the overlay for notes, when it comes time to render open the drawing layer properties and under the Drawing Tab uncheck Overlay Art Enable. This will disable the layer from being visible.

Upon looking @Andres_Santa_cruz screencap, in the node view you are already using these suggestions?

So just make a new drawing layer above everything called notes, make your notes over the frames as needed. Then as @stefman suggested add a visibility node and exclude it from the render.

Yes, I forgot to mention that the Overlay layer should be output separately by using the “Overlay” node combined with the “Visibility” node.

But, the screenshot shows that you are already using all this.

I think the only thing remaining to do is untick the “Soft Render” checkbox in the “Visibility” node’s menu.