I’m trying to import some scripts in my free trial version of Harmony 20, and the scripts folder has vanished from my computer. I could swear it was there yesterday… Here’s a screenshot below. 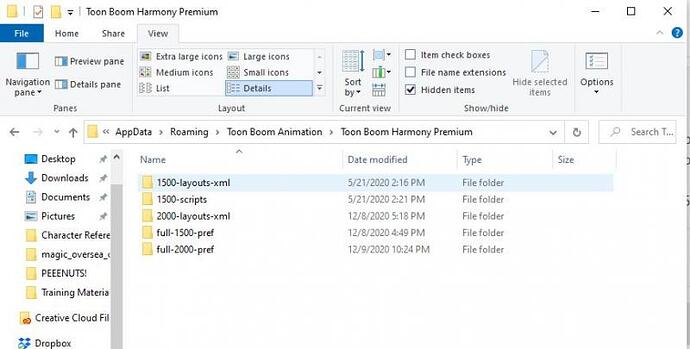 I saw this post yesterday while trying to troubleshoot what I think was the same problem. I was able to make the folder appear by opening harmony 20 and using the manage scripts feature (it looks like a little f with an arrow subscript). Once I had opened this feature and clicked okay and exited it, the scripts-2000 folder had auto generated in the correct spot! It looks like this folder doesn’t generate until you’ve tried to use the scripting features.

I am using a full license, but I hope that this is true for the trial, too. I hope this is helpful!