I recently made the switch from mac to pc after my 2012 MacBook Pro crashed on me for the fifth time in like seven years.
Using a hard drive enclosure and the program MacDrive, I was able to import the Toon Boom library from the MBP drive to my windows PC.
However Harmony is not able to pull the rigs into the stage. The library recognizes the folder, and the thumbnails are there (see attached), so
everything seems fine, until I drag a character onto the stage, at which point I get the (also attached) error message. The files all seem to be organized
an following the same naming conventions, there does not seem to be any difference at all in the way they are organized or named, from mac
to pc, right down to the tvg files.

I am able to open the projects I have copied over and then drag the assets into the library from there - but loading in all of my old assets this way
will take forever! If I can get the library files to work that would be so much better. 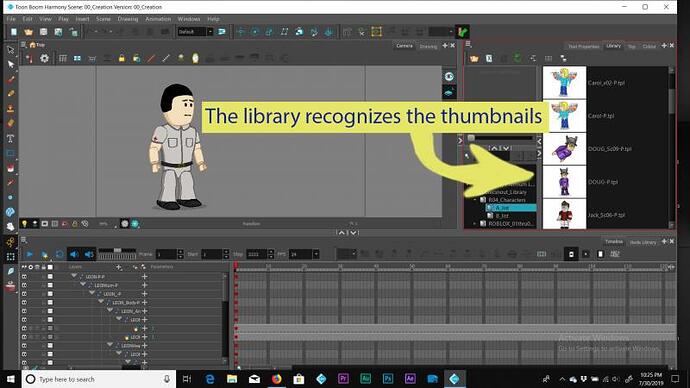 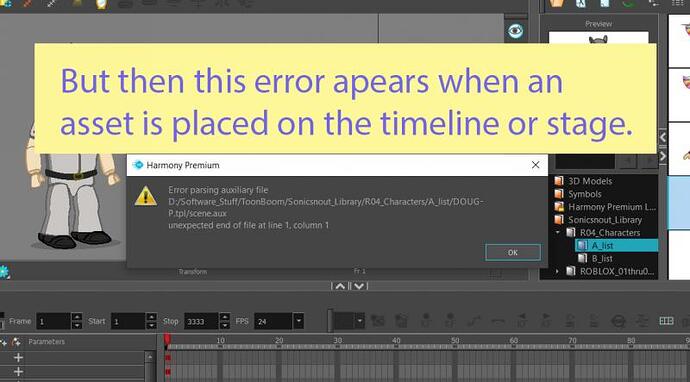