Frame problem? Little cut in the bar of frames?

Okay, so, I don’t know exactly how this turns up, I assume its by clumsily moving keyframes around, or using F5 at some kind of point in the timeline wrong, but I often encounter this little cut in the consistent gray bar of frames where it rather should connect seamlessly. It makes the drawing for the established keyframe dissapear, even if the frames go on after the lil cut. This also often happens on both sides of a keyframe(its normally just behind them) when I’m animating on a string of 2’s and it’s painfully annoying. The way I fix it is deleting it, along with the entire string of frames to the right of the layer, and then F5 them all back, I mean, that works for now, but I find that it may be a huuuge problem in the future for bigger projects. I’m only figuring my way around with toonboom, so please forgive my agonizing cluelessness.

If you don’t recognize what I’m talking about, I attached a lil picture of the pesky bastard. 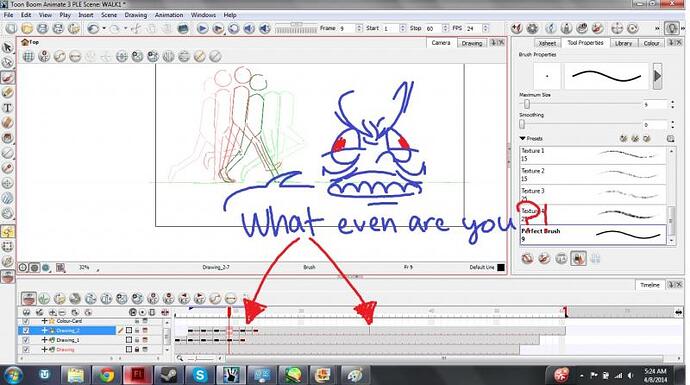