The fill in the envelope deformer does not work properly for me. Is there some setting, like influence or type of influence. These screen shots are using Infinite Influence. 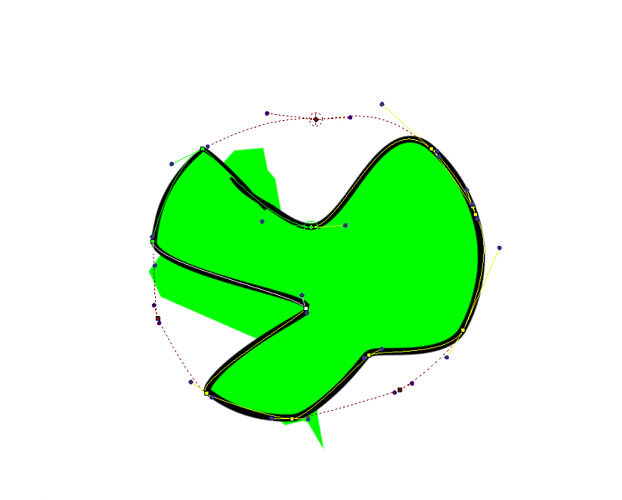 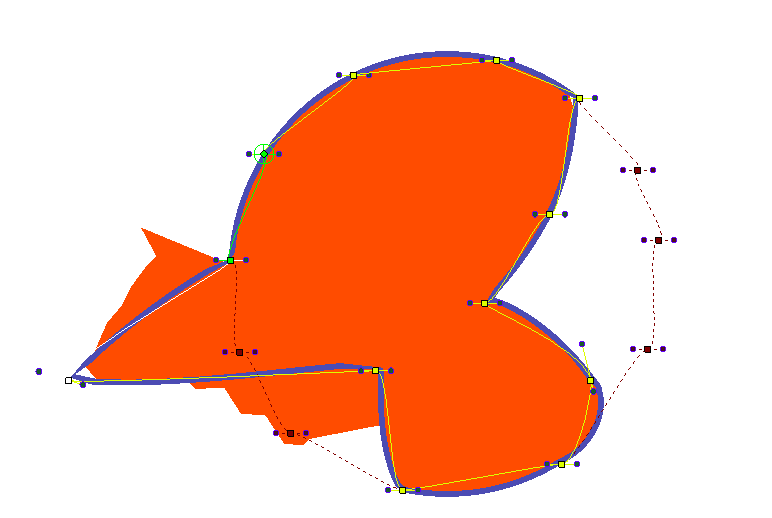 Are you using Harmony 14?

I have not installed 14 yet but I tried to duplicate your situation in 12 and have not been able to do so.

I just read the release notes to a beta update for Harmony 14 available through support which describes a bug producing results like yours.

It looks like Toon Boom fixed this bug in an early stage of the update still in beta. But that fix addresses this problem in the bone deformer and not the envelope deformer.

“Fix for Bones deformers that deformed pencil outline too much or color bleed out of shape.”

Hopefully you are using the official release and the remedy is ready for you by obtaining the beta update from support.

You should acquire it from support directly. They may or may not have made more changes and you should avoid acquiring it from another user if offered.

Update: I installed 14 and experimented a little. I can duplicate what you are experiencing. I played around with settings starting over a few times and nothing I could do seemed to improve things. I Googled for a while and found this from TB Support. It seems to fit with my experiences. Initially when in 12 the deformer worked flawlessly because I was making a few minor adjustments to a relatively simpler shape. When I used 14 I was aiming at getting a more complicated shape to deform. I believe I exceeded its limitations.

The way it describes how the color goes beyond the edge applies however the context of this specific response dealt with using the deformer for a mouth.

“The envelope deformer is not designed for extreme changes. The reason you
are seeing this strange artifact is when you push the edges together it pushes
the image beyond the opposite side of the deformation edge.”

Thanks for installing 14 and trying it out. I am disappointed that there is some limitation like “extreme changes” which leaves me questioning at the point when I am designing a character or action whether I choose the right method. It is kind of ambiguous as stated. I have projects in MOHO and in Harmony and point animation is the specialty of MOHO, where the fill always works properly. I was hoping to be able to do that kind of animation with Harmony. If Harmony could fix this it would also make the need for the Morphing feature less necessary, which is feature that is hard to get working right.

Generally in all of the programs I have experimented with morphing it takes too much time and effort to get worthwhile results. Viewwing morphing tutorials I come away thinking the results would have been better approached with another method.

The envelope deformer does seem to be fragile. Recently a couple of users have posted elaborate rigs utilizing envelope and curve deformers. I’d love to see a video of these things being manipulated and their resulting animation.

When I set up the initial experiment things worked well enough to be encouraging. I have not tested this to be certain but I suspect you are better off creating deformers with the least number of points necessary. This is more important than ever with the envelope deformer.

Do you know if there is software development going on to improve this behavior? For me at least, it is unusable as with this problem today.

I cannot see your example Png could you send them directly to seberschlag@toonboom.com

I re-uploaded the .png’s and the links to them in the original note work now.

I am wondering how to work around this kind of problem? Are there restrictions to the envelope deformer that I am not aware of? Do people use it?