Hi, I’m having a problem where a parent peg is not inheriting the Embedded Pivot of child Drawing Layer. I just can’t change it.

I think it may be because said layer is also being modified by a deformer.

I’d like to know if it would be possible to have a layer with a deformer, and a pivot parent to said deformer, and still have the peg inherit the layer’s pivot. 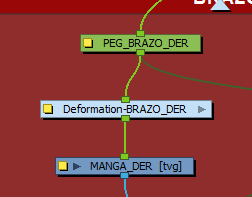