Draw Behind gets stuck (fixed)

When I choose a custom brush that has “draw behind” turned on, it works fine. Then when I switch to a different brush WITHOUT “draw behind”, the draw behind setting stays on.

Similarly when I manually turn “draw behind” on, then switch to a brush with that is supposed to turn off “draw behind”, it doesn’t work. The “draw behind” still stays on for some reason. I’ve been using storyboard pro for years and this has never happened before. I’ve tried restarting many times and it did not fix it.

EDIT:
Fixed it. Looks like I had to check the box ON so I could turn the setting OFF. Seems kind of silly to have to turn draw behind on so I can turn it off. 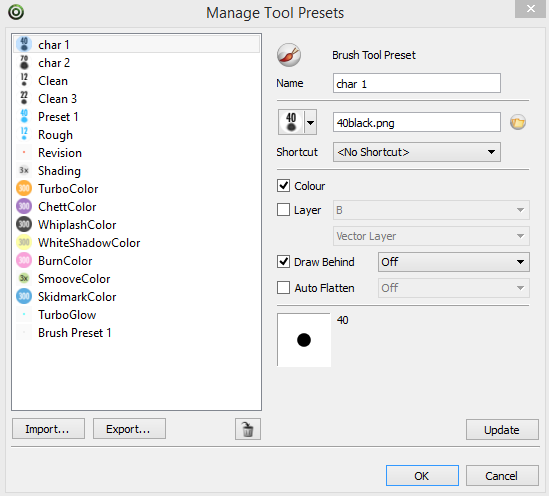