Hi, I have a question about the deformation tool, specifically in curves option, I wanna know if it´s posible to create a curve deformation and take it deform over itself and look naturally, cause I´ve try it but creates lines overlaping the draw… I know the software can´t do everything but if someone can resolve my doubt I´ll really thanks 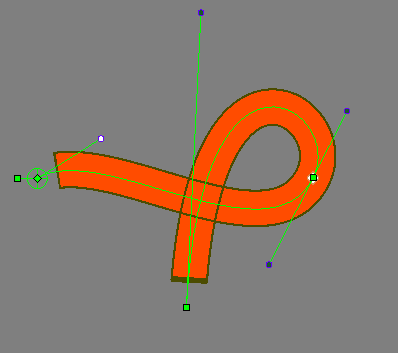 As far as I know the software won’t do this.

But, you could duplicate the drawing, (by keeping it attached to the same deformer) and remove everything but the zone that you want to cover the underlaying part.

See image (For clarity, I changed the colour of the patch element to blue):
http://i59.tinypic.com/259lxdz.jpg

With the bone deformation there is a technique where you have a portion of the drawing duplicated on another layer. The result is deformation without overlapping lines. You would have to try it to see whether it could be applied to what you would like to do. The movement you have in mind for the drawing may exceed the technique’s limitations. Watch the video and see if this can be used for your plans with the curve deformation.