So I’ve been using Toon Boom Harmony Premium 14 for 2 months now. Recently I discovered how to do a multiplane setup, so using top and side views I arranged my drawings within the space. Then I decided to add a deformation curve to my drawing of a tree, but as soon as I switch from the Rigging Tool to Transform, my tree suddenly shrinks and shifts back a little. When I play the scene the tree remains in the wrong position. I tried to do the deformation first and then move the drawing in the multiplane setup, but the issue remains. Now the drawing looks fine at first but as soon as I click on Rigging Tool it changes its size and position (this time growing bigger and closer), although deformation curves stay in their original place. I’ve already done some deformation before and it worked fine, I know this issue is somehow related to the manipulations in multiplane.

It all sounds confusing but any help would be appreciated! It’s been breaking my mind for 2 days now and I’m sure the solution is rather simple =(

The attached pics show the original and the misplaced tree. 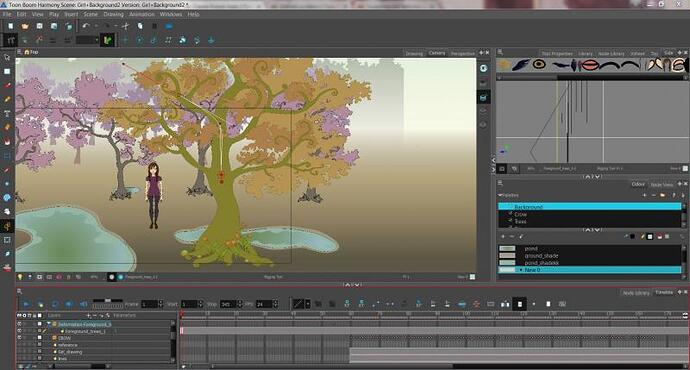 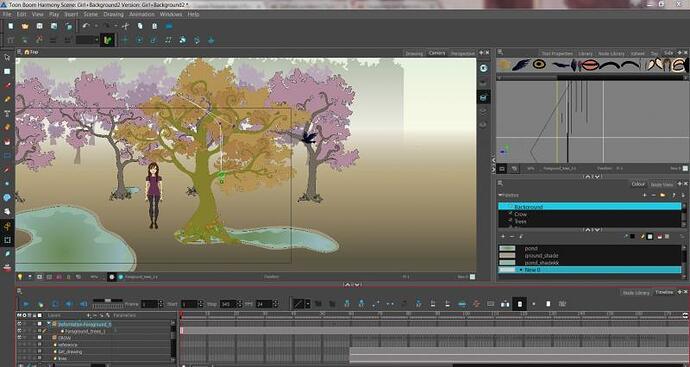 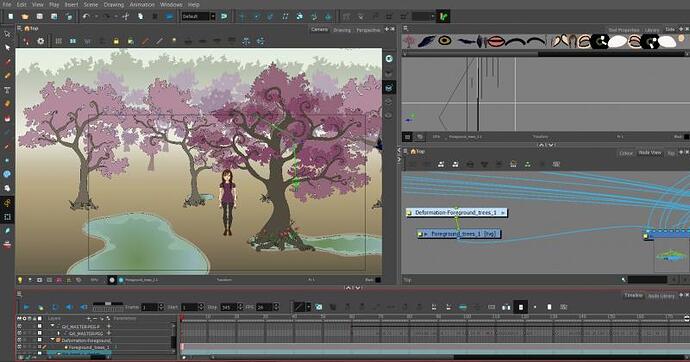 I have tried setting a multiplane like such and have encountered no problems. Could we get a peek at your node view? Thanks!

I added a third pic that shows the drawing in the node view. My deformation group is attached directly to the drawing. There is no peg.
Somehow the issue is connected to multiplane, because when I tried putting the tree back to its initial plane, the deformation works fine. As soon as I move it closer or further away from the camera, it messes everything up, as if it tries to send the drawing back to its original plane… Weirdest thing =(