I’m hoping this isn’t a total noob question, but I am new to toonboom, though not to art/animation.

Using the pencil tool (polyline tool, really), I’ve drawn a mouth for a character, then drew some teeth for said mouth. I have the teeth on their own separate layer so I can use the same teeth for each version of the mouth where appropriate.

Then, when I need a version of the mouth to have teeth, I’ll draw the lips in the correct position, go to the teeth layer and copy the teeth, and past them into the mouth drawing. The teeth extend past the lips by design so I can use them for any sized mouth this character may have.

I then took the cutting tool and trim the lines of the teeth that extend past the lip lines.

However, in toonboom, the lip lines that the teeth lines cross sometimes “snap” to where the line was that I cut away or move in some other way.

Not sure why cutting the vertical line would affect either of the two horizontal lines, but that is the issue I’m having.

I obviously don’t want a line I’m not cutting to be altered at all. I simply want to trim away the line that extends past them.

Is there some option in the cutting tool that is making the other lines (the lines that I’m not trimming) “snap” or move from where they were drawn that I can turn off?

Or, is there some other method I can use?

I did find that if I “group” the lip lines together and the teeth lines together before I use the cutting tool it is a little less destructive. But it doesn’t work all the time, and even then some of the lines that intersect the line being cut are moved or adjusted. 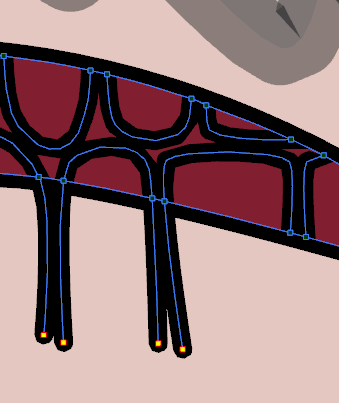 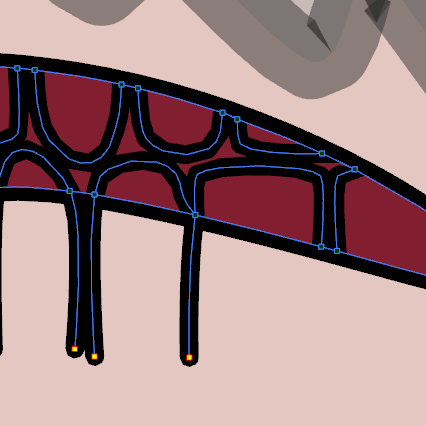 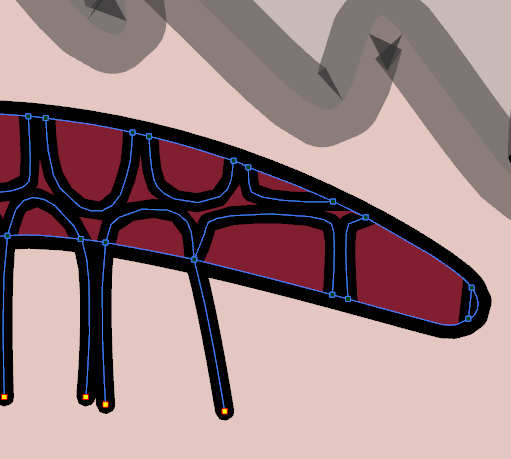 I did find a work around that’s kind of satisfactory (sort of).

I can color in the mouth once the lips are created on the “lineart” layer.
Copy the color to the “color” layer.
Place the teeth on the “color” layer.
Color in the individual teeth where they will show inside the lips, which creates anchor points where they cross outside stroke of the colored in area.
Select the end anchor points on the teeth lines and delete them.
Copy all that and past it on the “lineart” layer.
Select the lineart for the lips and move it to the front so they will be on top of the teeth.

This at least deletes the excess lines without modifying the position of any other lines, though it’s several steps more, and that sucks.

Again, if there is any advice to make the cutting tool stop moving lines that are not cut, it would be greatly appriciated.