Crash when audio is added

When I add audio to the time line of my project. the import window opens, and after a while it says, Not Responding.
Then I have to Ctrl+Alt+Delete to close the program.
Is there anyway to fix this? 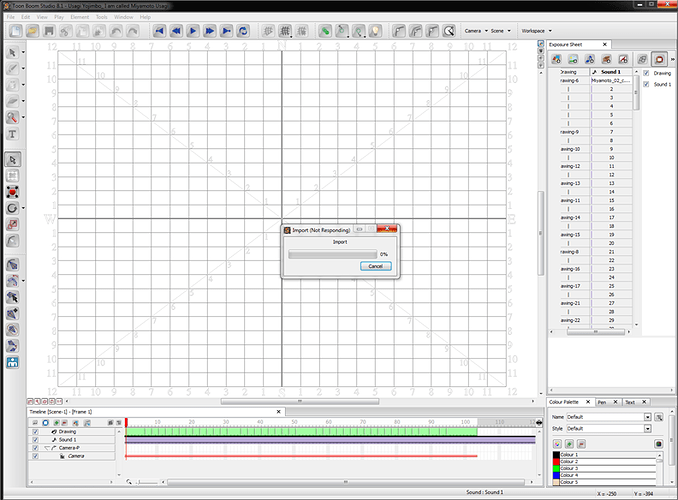 I can add a layer in the Timeline and not go so far as having the file linked to the project.

Later as a separate step I edit the layer and import a sound file.

It happens when I load the sound file into the timeline.
I am using Toon Boom Studio 8.1.

Have you ever successfully imported a sound file?

Have you tried importing a sound file other than one you know leads to this result?

No this is the first time I have tried importing a sound file into Toon Boom Studio.
It is a WAV file.

Try importing a different sound file. Create a new project and begin by adding a sound layer in the Timeline. See if you can complete the process.