Why is my rig doing this thing?
I have a 5 angle character turn around, and every time I plug in the arm deformers to the spine, it breaks. It still breaks even with kinematic output modules. I tried re arranging where the pegs are and it still does the same thing. I attached a picture of the arm deformers before and after connecting to the spine, both with and without kinematic outputs. 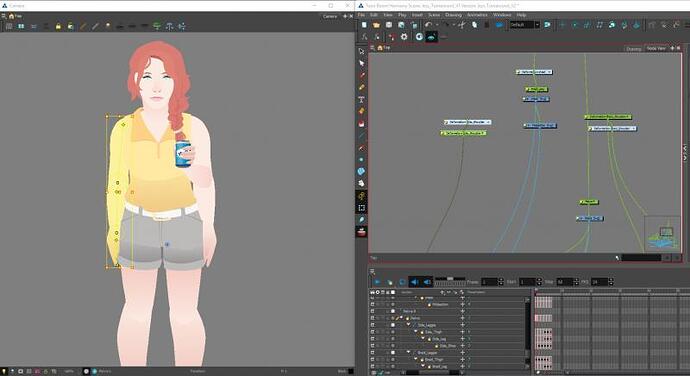 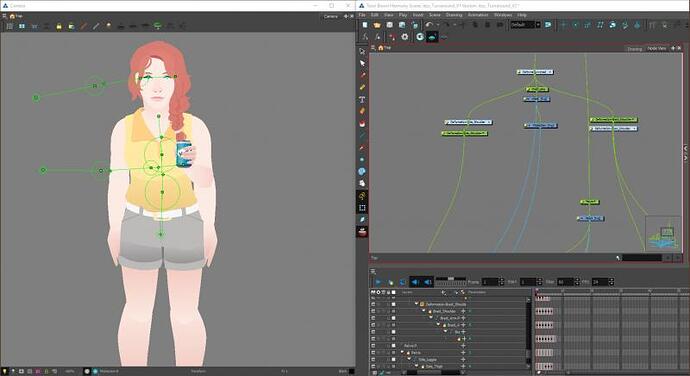 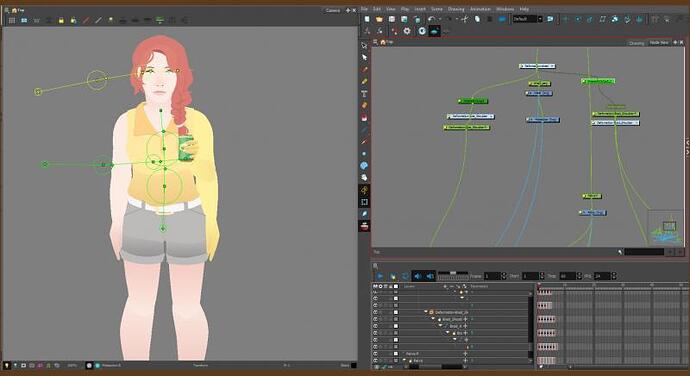 It’s cause there’s keyframe data on your deformer which are impacting your deformers that you make for the hands. Bassicly when you made the deformer for the arms, it wasn’t connected to the deformer of chest, and so once you connect it to the main it flips it around to follow the path of the chest deformer as it should. I would turn off the animate button and remake the arm deformer while its connected to the main chest with a kinematic output attached.