Arm Substitutions and syncing the hands

I’ve been rigging my first character and have had a massive issue. Essentially all limbs need a version that uses a curve deformer to create a rubberhose effect and a version that has an upper and lower piece that connect via pegs like normal joints.

I’ve figured out how to sync the limb drawings so that I can swap out the two piece limb for the curve limb via drawing substitution. The big issue that I am facing now is that the Hands/Feet only can connect to either the kinematic output of the curved limb or the elbow/knee peg of the joint limb.

I have tried syncing, drawing substitutions, but cannot figure it out. Maybe someone has an idea what method I could try? 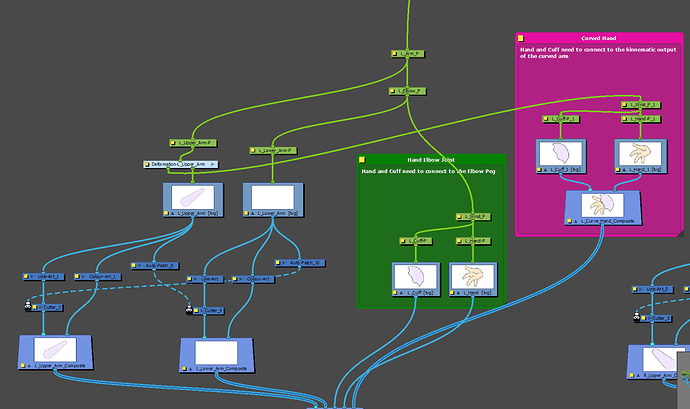