I have a complicated scene in which the camera pulls out through a window of a house built as a box in 3d space, similar to the castle tutorial in the user guide. Then the camera drifts sideways and cranes up over the scene revealing dozens of similar houses. My problem is that in the render view and the fully rendered movie, many of the planes of the houses, as in the walls and roofs, are being clipped as if there was a mask hiding parts of them. As the camera moves, the hidden planes come in and out of view but only partially so. I have attached a couple of screenshots of my workspace to show what I am describing. Please tell me there is a way to remedy this problem. Thank you for any help you can give me. 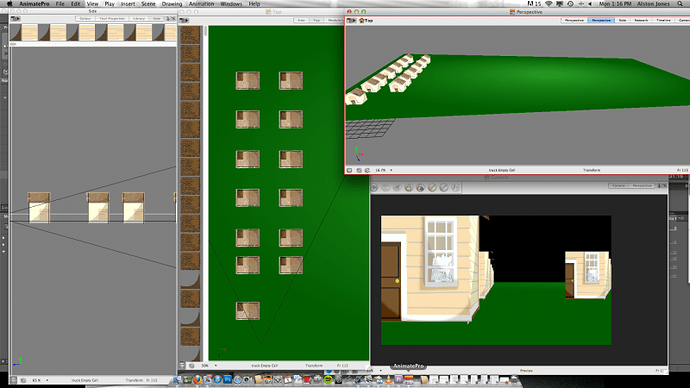 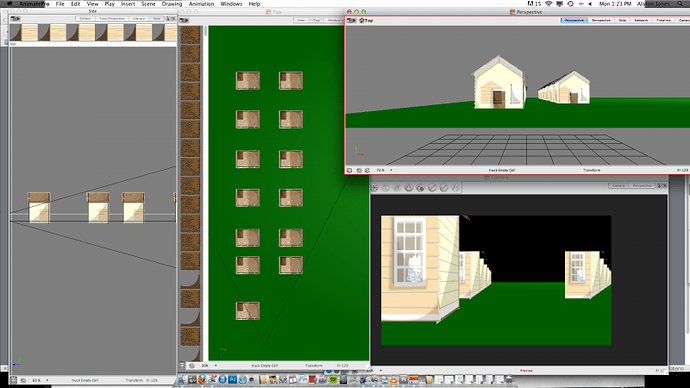 In the Layer Properties/Element Editor, on the “Advanced” tab - put a checkmark on “No Clipping” to avoid this issue. Be aware that loading images that are “off camera” will result in larger memory usage (naturally, as you are now loading more elements).